The Center for South Asian Studies(RINDAS)

Fundamental Changes in Thought and Values in South Asia

Purpose of the Second-Phase Project of the Center

Ryukoku University’s Center for the Study of Contemporary India (RINDAS) was established in April of 2010 as a partner of the Contemporary India Area Studies (INDAS) Network in collaboration with the National Institutes for the Humanities (NIHU), to run the Area Studies Project for five years from April 2010 through March 2014. Upon the completion of the first phase of the project, under the research theme “The Living Tradition of Indian Philosophy in Contemporary Politics”, the second phase had been started.
The second phase research program of the Center for South Asian Studies (RINDAS; formerly, the Center for the Study of Contemporary India) was initiated in the Ryukoku Research Center for Interdisciplinary Studies in Religion, Science and Humanities in collaboration with the National Institutes for the Humanities (NIHU) and Ryukoku University. The major purpose of this second phase program is to conduct multilayered research about diverse aspects of the ongoing changes in contemporary Indian society and South Asian society as a whole, through both evolutionary studies of Indian philosophy and analyses of fundamental changes in thought and values in contemporary Indian and South Asian society based on fieldwork.

Theme: “Fundamental Changes in Thought and Values in South Asia”

To clarify the multifaceted changes occurring in contemporary Indian and South Asian society, RINDAS plans to identify the origin and driving power of such changes by taking the following two approaches: first, by conducting evolutionary studies of the development of Indian philosophy throughout its long history, and second, by analyzing fundamental changes in morals and values in contemporary society based on fieldwork. The focus in this second-phase program will be on the rise of the lower classes, a phenomenon that represents dynamic changes in contemporary Indian society. The background and the spiritual backbone of this phenomenon will be surveyed in relation to the history of philosophy. Meanwhile, field surveys will be conducted to reveal the dynamic changes taking place in people’s daily lives, consciousness, and values. By integrating both approaches, the program will seek to clarify the origin and driving power of dynamic changes being seen in contemporary Indian society and South Asian society at large.

Specific activities that RINDAS plans include fieldwork, based on the perspectives of both evolutionary studies of Indian philosophy and analyses of past and present situations. To share the outcomes of its research activities, RINDAS will hold seminars, conferences and international symposiums as frequently as possible.

Many researchers have suggested that Indian society has undergone radical changes since the 1990s. Politically, such changes are recognized in the form of the development of democratic systems. In terms of the economy, changes are remarkable in the development of the market economy, improvements in the standard of living, and widening of economic gaps, which is one of the negative impacts of such economic growth. From the perspective of sociology, the rise of various social movements is evident. In terms of culture and religion, diverse groups have begun to insist on their own identities. All these changes imply that the philosophy and values embraced by Indian and South Asian people are undergoing a fundamental transformation.

The unified Theme of the project is “Fundamental Changes in Thought and Values in South Asia.” One perspective being used to approach this theme is genealogical research along the long timeline of philosophy and thought in South Asian societies, using Ryukoku University’s extensive accumulation of research. Another is analysis of fundamental changes in values based on fieldwork research of actual conditions. These perspectives are combined in comprehensive research, with the aim of identifying the sources of changes in the foundations of contemporary Indian and South Asian societies, and the driving power behind them. Special attention is paid to the rise of the Dalits, other lower strata people, and religious minorities, a phenomenon that represents dynamic changes in contemporary Indian and South Asian societies. The project examines the background and theory behind this, with relation to the history of philosophy and thought, and investigates and analyzes changes in peoples’ living conditions, consciousness, and sense of values, based on fieldwork research.

The “South Asian Area Studies” Project (FY 2016 to 2021) is being operated and conducted by expanding upon the National Institutes for the Humanities “Contemporary India Area Studies” Project (Phase I: FY 2010 to 2014, Phase 2: FY 2015). Ryukoku University is one of six institutions working together, conducting joint networked research. It is joined by Kyoto University (the central research hub), the National Museum of Ethnology (the secondary research hub), the University of Tokyo, Hiroshima University, and the Tokyo University of Foreign Studies. 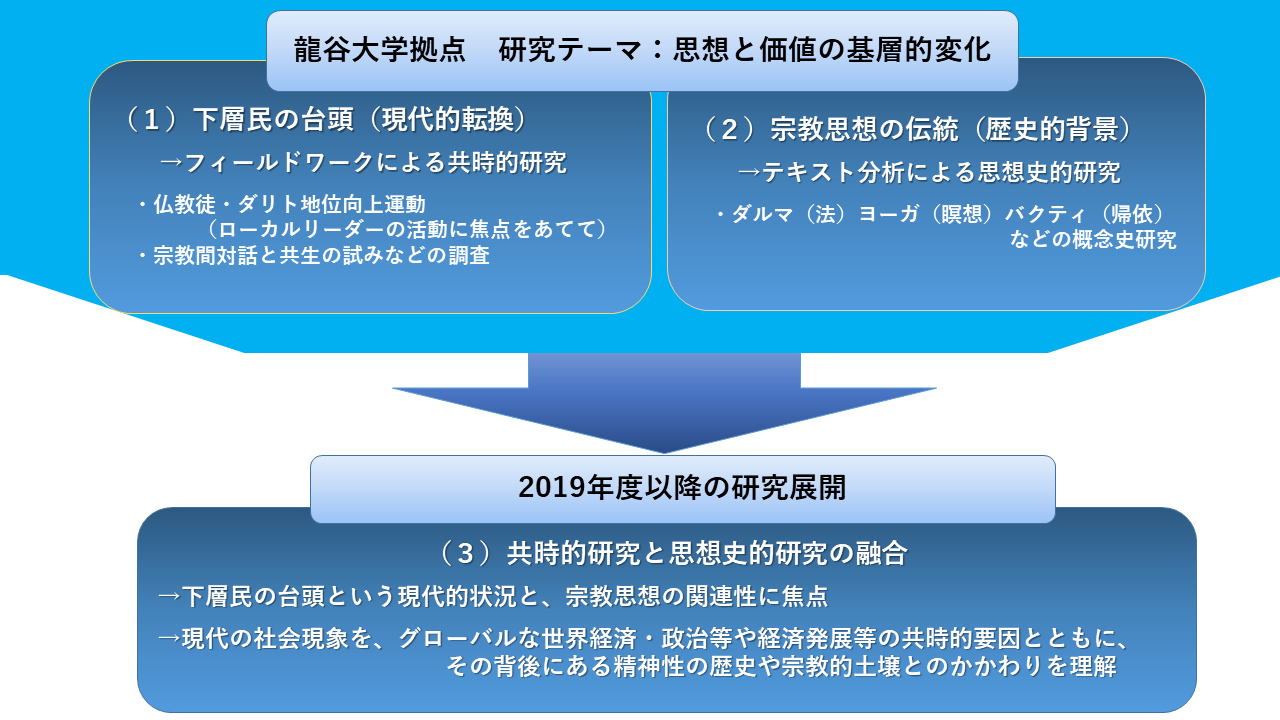 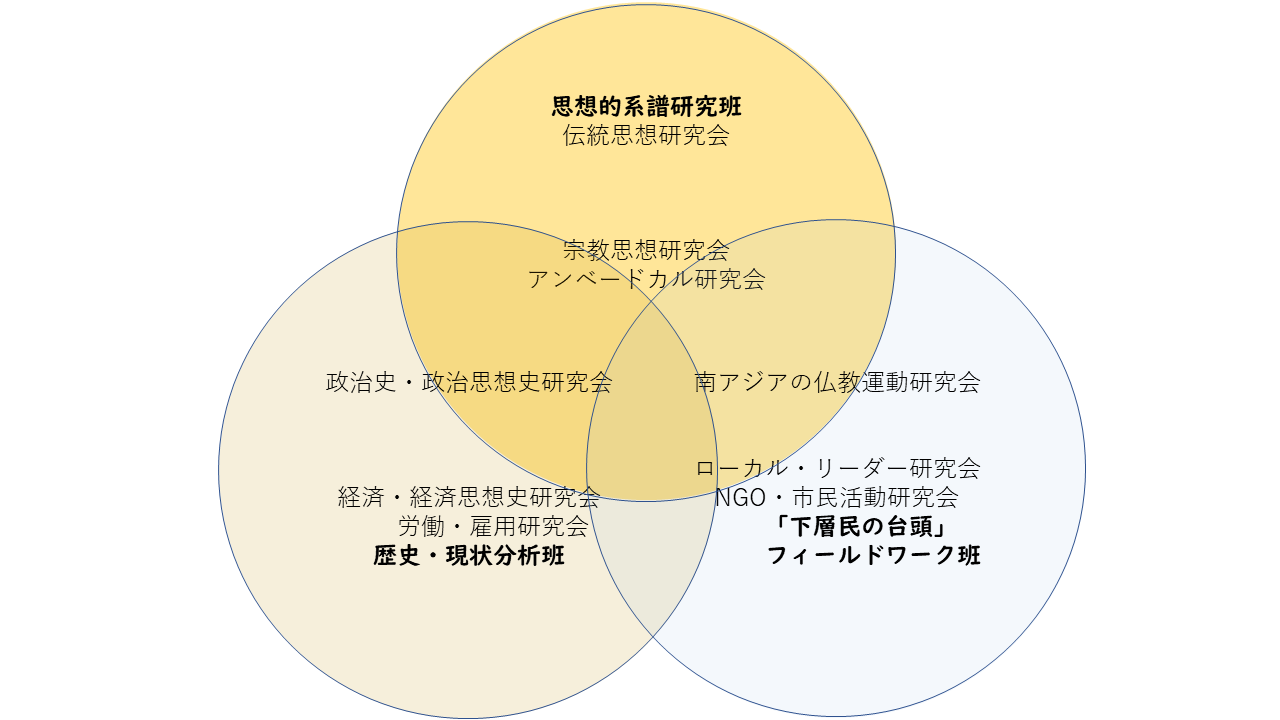